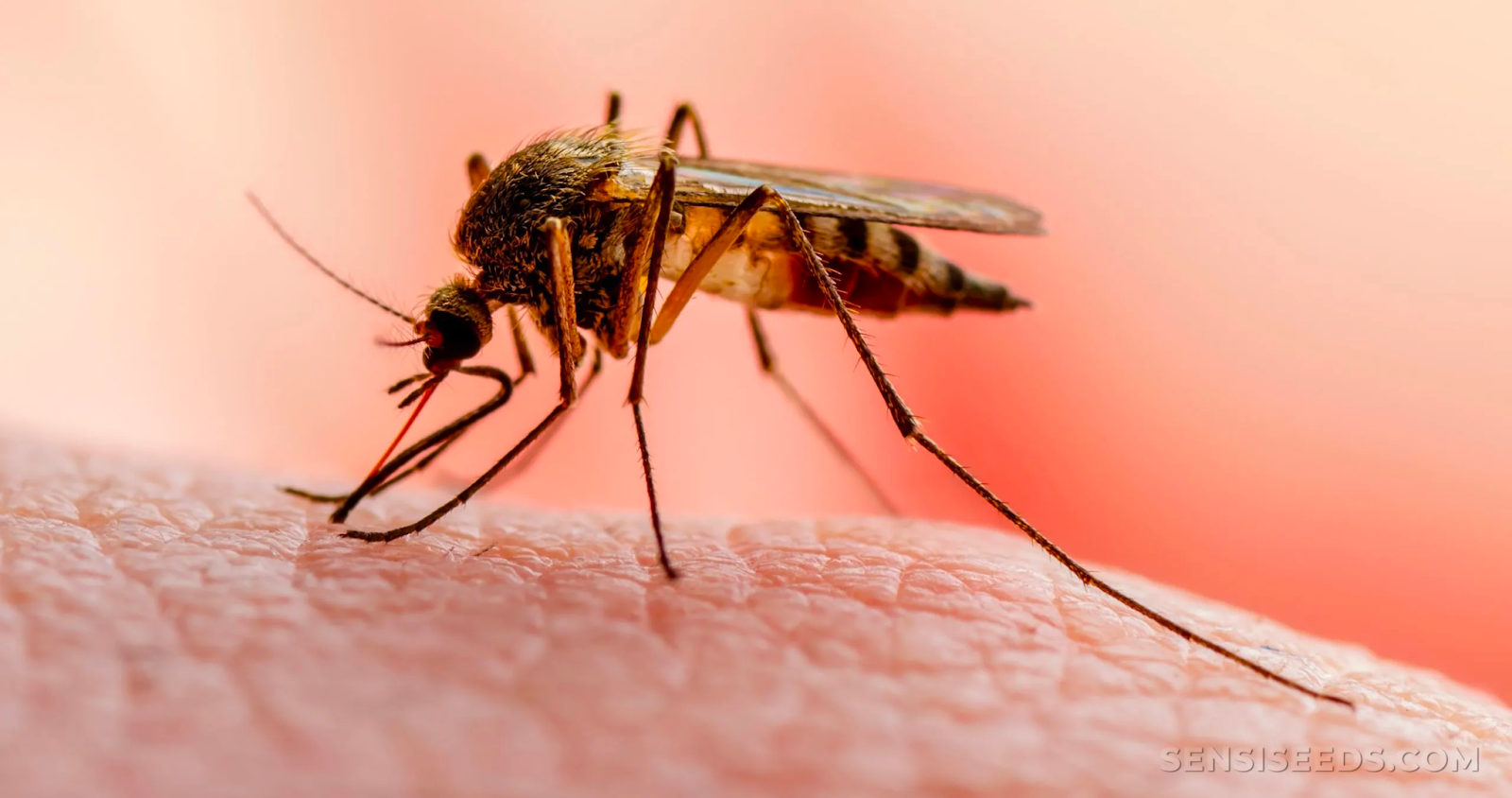 Resistance to antimalarial drugs challenges our ability to save lives threatened by malaria, and to eliminate the burden that malaria places on individuals and societies. This burden is substantial, with malaria having caused an estimated 228 million cases and 405 000 deaths in 2018 (1).

The most current developments in next-generation sequencing technology offer a fresh and efficient method of tracing malaria parasites that are resistant to therapeutic treatment. Our objective was to genotype for malaria resistance in samples from different countries in the world using bioinformatics tools and prescribe appropriate drugs for each.

Plasmodium falciparum is the most fatal of all Plasmodium species hence our focus. In this study, we were particular about mutations in the following P. falciparum genes; Pfcrt, Pfmdr1, Pfdhfr, and Pfdhps, Pfarps10, Pfferredoxin, Pfexonuclease, and Pfmdr2. 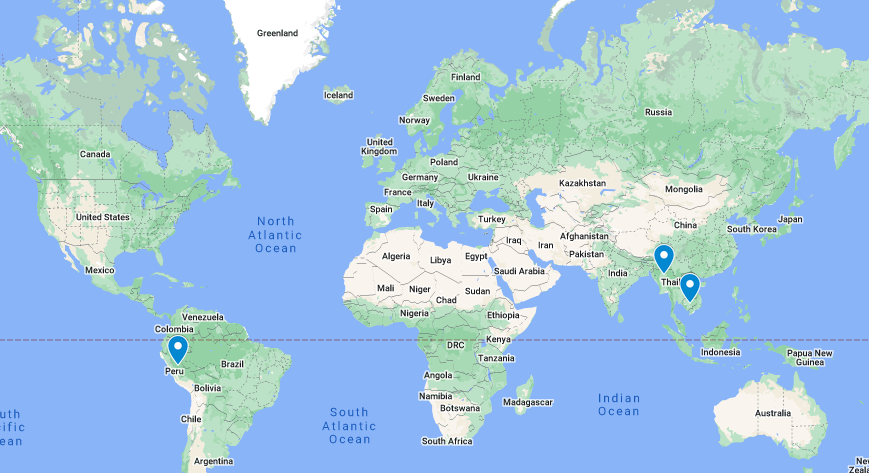 Whole genome sequences of Plasmodium Falciparum were retrieved from the SRA archive of The National Center for Biotechnology Information (NCBI), which is a major resource for bioinformatics tools and services. Five(5) samples each from three countries were used in this study and they include Myanmar (Asia), Peru (South-America) and Cambodia (Asia).

The curl command was used to obtain the data from the NCBI on the bash terminal. The metadata containing details of the dataset can be found at: https://github.com/Praisetechsis/MALARIA-GENOTYPING/blob/main/Project2metadata.tsv

The datasets were trimmed using fastp in order to provide clean data for downstream analysis.

Genome assembly is the process of putting back together a huge number of small DNA sequences to recreate the original chromosomes from which the DNA came. DeNovo genome assembly was done using spades.py on the bash terminal. Reads were assembled into contiguous sequences.

This was done using ResFinder, a database that captures antimicrobial resistance genes from whole-genome data sets. The contigs.fasta file from the genome assembly was exported to ResFinder.

A major obstacle to effectively treating malaria is the quick emergence of parasite resistance to antimalarial medications (2). Sulfadoxine-pyrimethamine (SP) is an anti-malarial drug formulation approved for intermittent preventive therapy in pregnancy (IPTp).

The development of sulfadoxine-pyrimethamine (SP) resistance has been linked to mutations in the dihydrofolate reductase (dhfr) and dihydropteroate synthase (dhps) genes, according to research conducted on the molecular basis of antimalarial drug resistance (3).

Plasmodium falciparum has developed resistance against all antimalarial medications used to treat it such as chloroquine, sulphadoxine-pyrimethamine, quinine, piperaquine and mefloquine (5).

Thus, it is not recommended that SP be used as antimalarial treatments in Peru. In Cambodia, the most prevalent mutation identified in the dataset is in the DHFR gene. As mentioned earlier, mutation in DHFR results in pyrimethamine resistance implying that pyrimethamine is not a suitable drug candidate for treatment of malaria in the country.

Fewer cases of DHPS, CRT, MDR, and K13 mutations were also noted. Since mutation in these genes result in resistance to Sulphadoxine, chloroquine, Lumefantrine & Mefloquine, and artemisinin respectively, it is recommended that these drugs be used with caution in Cambodia.

A similar pattern to Cambodia was observed in Myanmar. The samples contained mutations in DHPS, DHFR, CRT, and K13 genes which confer resistance to Sulphadoxine, pyrimethamine, chloroquine, and artemisinin. 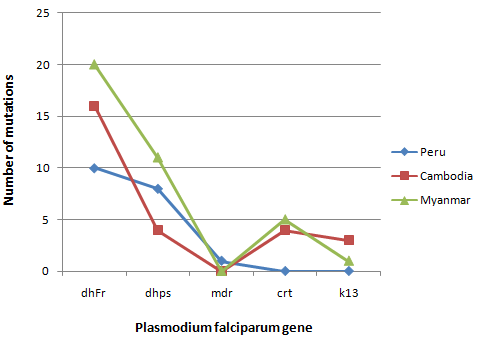 The script for the above pipeline are available at:  https://github.com/Praisetechsis/MALARIA-GENOTYPING/edit/main/project2.sh

It is evident from this study that alternative treatments are needed for malaria treatments in Congo, Peru, Cambodia and Myanmar due to resistance developed to present treatments.

The following choices can be utilized for P. falciparum infections contracted in regions where chloroquine and Sulfadoxine-Pyrimethamine resistance exists.

The first choice, assuming it is easily available, is artemether-lumefantrine (CoartemTM). Next, malarone®, which contains atovaquone-proguanil.

Alternatively, there is a therapy option that combines quinine sulfate with doxycycline, tetracycline, or clindamycin.

Mefloquine can also be a further option. Mefloquine however can cause some side effects thus it is advisable to use only when other options are not available. Due to drug resistance in some areas, mefloquine and lumefantrine are not advised for infections contracted there (8).

This study employed a small sample size since we had a limited amount of time. It is possible that with more time and resources, more mutant genes would be identified in these countries.

Thank you to the HackBio team for the opportunity to learn and mentorship provided.